Alexander Saintsworth is the brother, and follower of Jack Saintsworth. Despite his status as Jacks "WoE captain", Alexander assumes more responsibility, and general management of the League Legends than Jack Saintsworth himself. Alexander often finds himself in unfavorable situations because of his older brother Jack, and loaths the War of Emperium because of it. Some wonder if he is actually a priest. 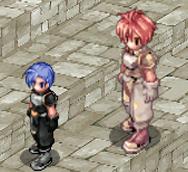 
Redcat and Kanizzle are 2 novices that joined the League of Legends during Jacks "Zerging" Campaign. The plan called for legions of novices. However, these 2 are the only ones who showed up, due to the League of Legends being much more infamous than Jack and Alex had anticipated. They are very dense, and appear to be weak, average novices. Instead of casting them out, Jack decides to keep them around.

QUOTES:
Redcat:"Arlgith Kanizzle! Let's show em' what we kin do!"
Kanizzle:"Alright, but if we see any women in there, I got dibs. I aint afraid to hit a bitch" 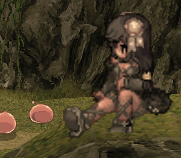 Sam Futanari is a beautiful Stalker, that is destroyed inside by a broken relationship she recently left. Jack recruited her during his search for a female warrior to counter Sceltes Triela. However, much to Jack and Alex's dismay, she didn't exactly excel in battle. 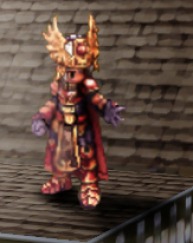 Arthur Lionheart is a seemingly powerful Lord Knight, who is known to boast and refer to himself as Arthur Lionheart the "PKKER". Jack happens to meet Arthur when Arthur scares away 2 would-be attackers that approached Redcat and Kanizzle. However, shortly after the sins left, the Assassins returned with their guild, and its master "Dolomite" the unstopable. It is then revealed that Arthur is actually a pacifist, and has vowed never to harm any living thing...... The rest is history.

Geno appears to be Clemente's right hand man, and most trusted member. He is highly mysterious.

Xiira is a powerful Paladin, with an attitude. She loves one thing, and one thing only; Battle. She is a role model for young women all throughout the kingdom of Rune Midgard, and is a loyal member of Scelte. She, however, is known to be very needy.

QUOTES:
"Hmmph. Easy prey."
"I'm a WOMAN. I've got, you know, feminine needs"
"Your guildies inside, better put up a better fight than YOU guys."

Slade is a hyper-active Ninja, that serves Clemente Quaintyin in battle, as a WoE Captain. He is very skilled in the ninja arts, and few have seen his ultimate technique and survived.

Triela is a mercenary hired by Clemente Quaintyin to assist in the War of Emperium. She is technically neutral in nature, but is loyal and professional (somewhat) during her work. She is extremely powerful, and highly dangerous to her enemies, having taken out Jack Saintsworths entire party in an instant.